Hereford & Worcester Fire and Rescue Service (HWFRS) attended an incident in a high-rise block of flats in Hurcott Road, Kidderminster. 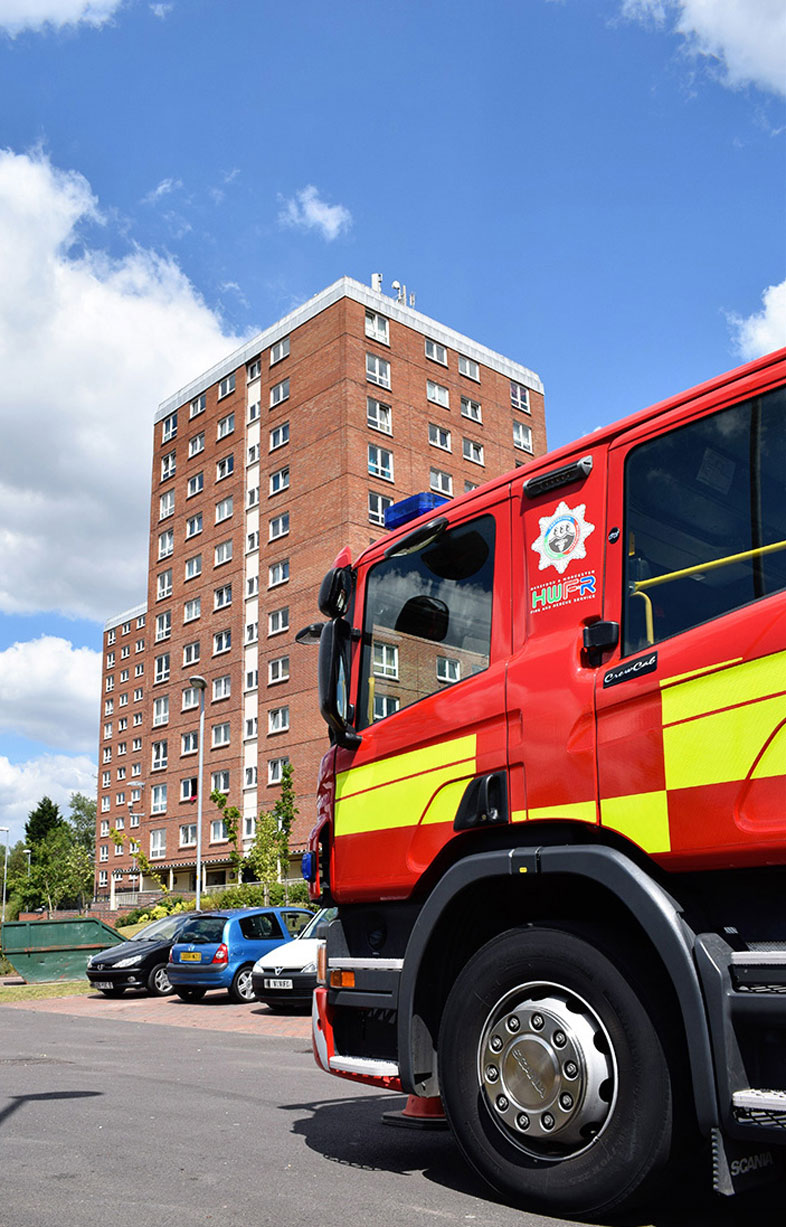 HWFRS received the call at 16:20 today (1 March 2019) to a fire in a flat on the seventh floor of Coniston House. Wholetime and on-call fire engines from Kidderminster attended the scene immediately, supported by fire engines from Bromsgrove, Worcester, and West Midlands FRS.

The fire was confined to the flat in which it started and did not spread elsewhere into the building.

The fire was extinguished within an hour of being reported, using hose reel jets and breathing apparatus. Around 10 residents were evacuated as a precaution and are being looked after by the local authority.

One fire engine from HWFRS remains at the incident, to provide residents with reassurance and to support the on-going investigation.