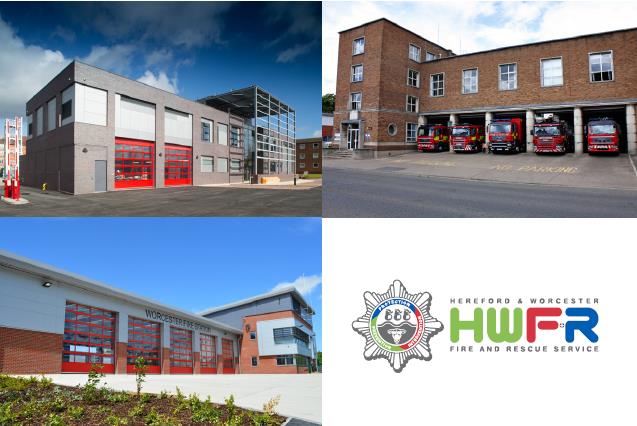 The six week process will consult with public and staff about the proposed changes to the Day Crewing Plus (DCP) duty system, as agreed by the Fire Authority.

The consultation will seek views on the options to replace DCP because of a recent court ruling that makes it open to legal challenge.

Since 2014, DCP has enabled HWFRS to maintain a 24/7 immediate response capability for the first fire engine at Bromsgrove Fire Station and the second fire engines at Worcester and Hereford Fire Stations. Using DCP instead of the traditional shift system to provide 24/7 response cover has enhanced DCP firefighters' pay by 25%, and saved £1.5 million per year from the HWFRS budget.

However, a recent high court ruling on a similar duty system elsewhere in England has ruled that DCP breaches Working Time Regulations and so can only remain in use if the Fire Brigades Union (FBU) grants a local agreement to keep it in place. The FBU has made it clear that it is not willing to enter into such an agreement.

The consultation includes the publication of a document setting out the issue, together with proposed options on a way forward. The public and other interested parties are invited to respond to a questionnaire available on the HWFRS website.

Local focus groups run by an independent organisation and made up of participants chosen from a representative cross-section of the affected local communities will provide comment and feedback on the proposals. The consultation closes on 14 June 2019.

The Service will analyse the responses and present its response and recommendations to the Fire Authority towards the end of the summer for a final decision.

The Service remains committed to providing the right standard of response across the two counties and constantly monitors the efficiency and effectiveness of the level of service provided.

The current provision for fire prevention and response services, and community safety is set out in the 2014-2020 Community Risk Management Plan (CRMP).

The CRMP includes details of the implementation of the DCP system for the second fire engines at both Hereford and Worcester Fire Stations, despite the risk analysis indicating these were not necessary. While DCP allowed these two fire stations to maintain 24/7 immediate response capability, it was considered an overprovision in terms of fire and emergency cover.