Hereford & Worcester Fire and Rescue Service (HWFRS) responded to a call from West Mercia Police at 01:18 on New Year's Day, stating that a woman had entered the River Severn at the road bridge in Worcester.

They immediately sent a boat crew and a fire engine from Worcester, with another boat crew from Evesham, and a water crew from Malvern, in support. 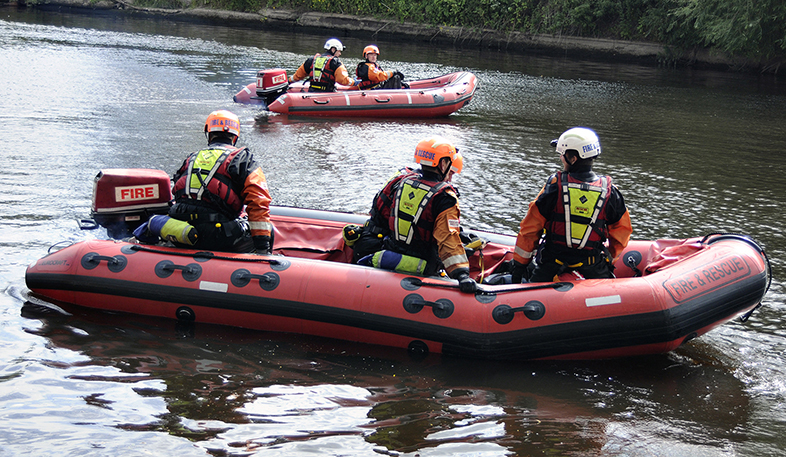 Fire crews were on scene within five minutes and were told that the woman had been carried downstream by the current. Commanders at the scene made a quick decision to launch a boat from Bromwich Parade and to send the fire engine to the river by the Diglis House Hotel to try and locate the woman.

On arrival at the hotel they searched the river and found her in the water at the bottom of a steep bank, clearly suffering the effects of the cold water. They quickly scaled the bank and entered the water to hold on to her and stop her being carried away by the strong current. Three firefighters lifted her up the bank and gave her medical care until the arrival of West Midlands Ambulance Service, which then took her to Worcestershire Royal Hospital.

Station Commander Adrian Farmer said: "This is another example of the Emergency Services working together to rescue and save lives. The quick thinking and actions of the fire crews and other first responders on the scene undoubtedly saved this young woman's life."

HWFRS issues the following guidance on being near rivers and other waterways during the winter: