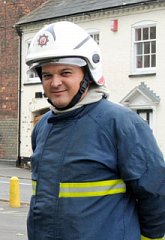 In the early hours of Thursday 05, August 2010 at 00:25am Hereford & Worcester Fire and Rescue Service were called to reports of trees on fire in Dunley Road, Stourport.

On call fire fighters from Stourport were mobilised to attend the incident and on arrival found a private garden with a large quantity of tree cuttings well alight.

"It is important to be mindful of where bonfires are lit because places such as wooded or grassy areas are more susceptible to fires due to the recent dry weather. Fires should never be left unattended and adequate water supplies should be on hand to control the fire.

"A period of dry weather makes it possible for fires to spread underground and reappear elsewhere – so it is vital that residents ensure bonfires are fully extinguished by dousing the area with water afterwards.