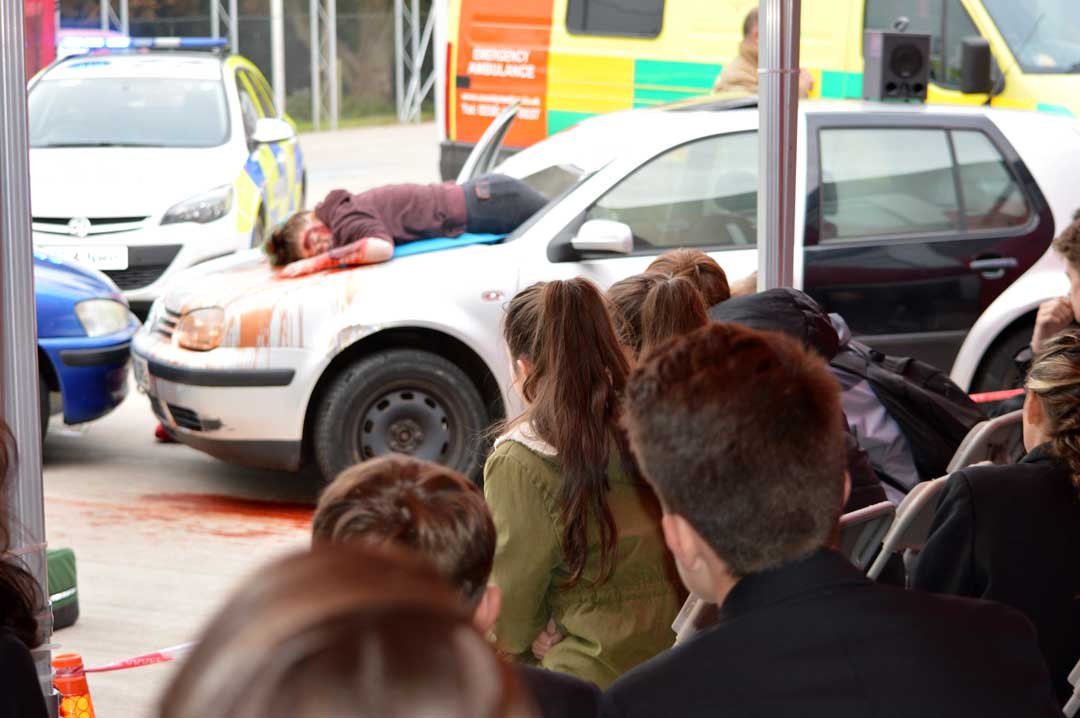 Over 3000 students from across Herefordshire and Worcestershire flocked to this year's series of powerful Dying 2 Drive workshops, which ultimately aim to reduce road traffic collisions in the two counties.

The workshops, which have taken place at fire and police stations across the two counties over the last month, concluded this week.

Chief Fire Officer Nathan Travis said: "The Dying 2 Drive programme has been bigger than ever this year and we have had the highest attendance to date, which is fantastic."

He continued: "Through this powerful series of road safety workshops, we aim to educate soon-to-be young drivers with the vital skills and knowledge that will help keep them safe on the road, whether they are passengers or behind the wheel."

Each of the sessions that took place began with the realistic reconstruction of a fatal road traffic collision involving all of the blue light services. Students then witnessed their response and the ripple effect that such a collision can have.

The reconstructions were then closely followed by powerful, interactive workshops which were run by HWFRS, West Mercia Police, Herefordshire Council, Safer Roads Partnership, DHL, and West Midlands Ambulance Service. During these workshops, the consequences of bad decisions were explored and, amongst other activities, students were shown how to perform live saving CPR.