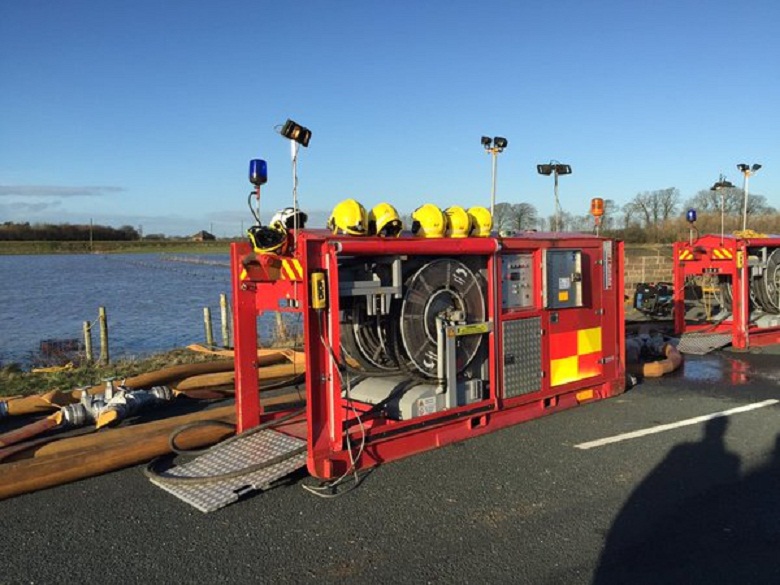 As part of a national deployment, firefighters from Kidderminster Fire Station were despatched on 28 December and spent four days in Lancashire pumping huge amounts of flood water away from the village of Croston using a High Volume Pump (HVP). This specialist HVP equipment is one of 46 strategically placed units across the country and can remove flood water at three times the capacity of conventional fire service pumps, at a rate of 7,000 litres per minute.

A boat crew from Droitwich Fire Station then joined the rescue efforts in Strensall in Yorkshire on 30 December. The crew, consisting of six specially trained firefighters, worked alongside other fire services to offer support to the local community.

A HVP Tactical Advisor from HWFRS was also mobilised on two occasions to offer technical support and advice.

District Commander Mick Cadman, who acted as deployment manager, said: "Along with many other firefighters from across the country, the crews have worked extremely hard to protect and support those who have been affected by the recent floods that have devastated parts of England.

"I would like to whole heartedly thank and praise all of the firefighters and other agencies that have been involved with flood relief and rescue efforts."