Fire Service thank farmers for their assistance at an incident 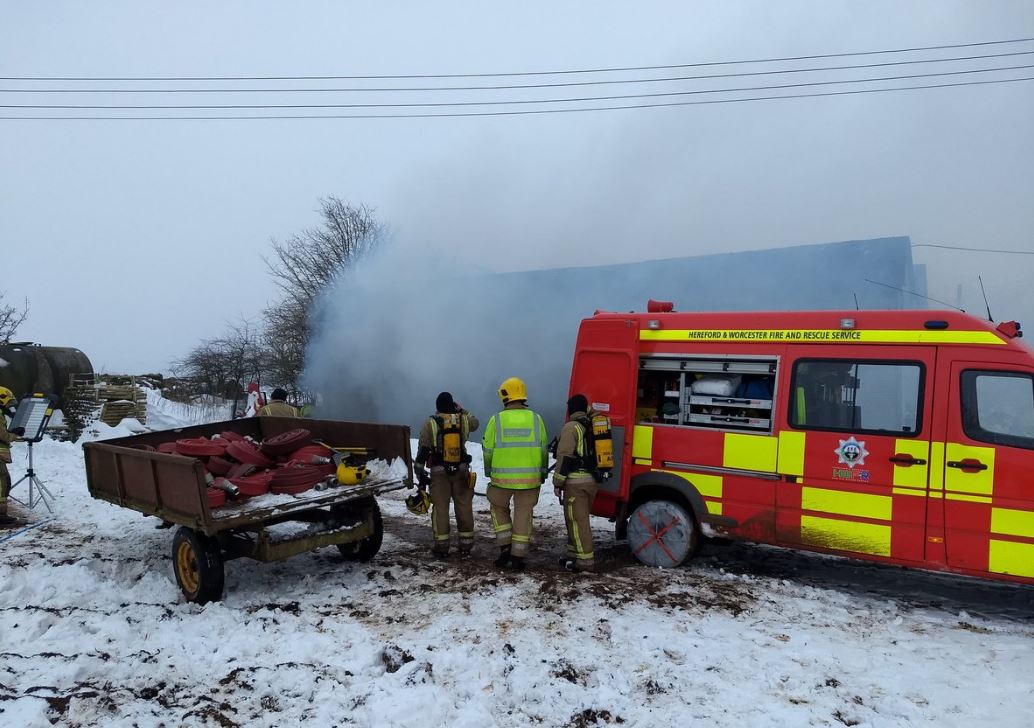 On 3 March at approximately 8:47am, HWFRS was called to an incident in Hereford which involved a fire in an agricultural building.

Due to severe weather conditions, access to the incident was extremely difficult.

"We were also greatly assisted by local farmers who helped us gain access to the incident as well as supplied a tractor and trailer to transport equipment and firefighters to the fire ground.

Once at the scene, crews in breathing apparatus tackled the fire using hose reel jets and compressed air foam.

Station Commander Adrian Thompson concluded: "The farmers help was invaluable. I'd like to thank them for their assistance, which ensured the incident was brought to a safe conclusion."