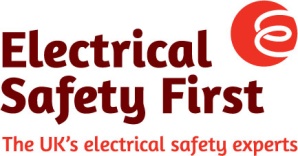 A new report published by Electrical Safety First shows that the majority of counterfeit or lookalike Apple chargers available in the UK have potential to deliver lethal electric shock and fire.

In the first study of its kind in the UK; Electrical Safety First, with the support of Apple, conducted a series of safety tests on counterfeit and lookalike iPhone chargers, including 50 purchased in the UK. The findings, published in a new report, reveal that almost all (98%) of the chargers tested had the potential to deliver lethal electric shock and/or cause a fire.

The chargers were sourced from a variety of online marketplaces and independent discount stores and stalls across the UK. Of those tested, all but one failed one or more of the tests and more than one in three chargers failed every part of the safety screening.

After subjecting the chargers to a number of mechanical and safety tests:

These results show that in the overwhelming majority of cases, counterfeit or lookalike chargers could overheat, catch fire and deliver a potentially lethal electric shock to any one at any point during their use. The findings match those of similar studies. Last September, US consumer product safety organisation, Underwriters Laboratory (UL), conducted a study of 400 counterfeit and lookalike 5W Apple chargers sourced in the USA and found a 99% failure rate. Electrical Safety First also tested 14 EU chargers as part of this research. All 14 failed all of the safety tests in every respect.

A common thread between the 50 chargers was that they all had incorrect or fraudulent safety markings. In a few cases, attempts to copy markings from genuine iPhone chargers resulted in errors, such as simple spelling mistakes. Although this does not pose a direct risk of injury to the user, in Electrical Safety First's experience this is indicative of other failings that may compromise safety.


Martyn Allen, Technical Director at Electrical Safety First and author of the research, reflected on the findings:

"It is extremely concerning that 49 out of 50 UK chargers we tested failed basic safety checks. This report shows that anyone purchasing an iPhone charger from an online marketplace or at an independent discount store is taking a serious risk with their safety. The majority of chargers we tested had the potential to deliver a lethal electrical shock or cause a fire. We're urging people to take care when buying a charger and recommend buying directly from trusted retailers only. When you buy a fake, at best you could damage your phone but at worst you could be putting your life, your family and your home at risk."

Further research by Electrical Safety First shows that 85% of consumers have shopped for electrical items online, where it is often impossible to spot a fake. Electrical Safety First is calling on online marketplaces and social media companies to strengthen their efforts in preventing the sale of counterfeit or lookalike electrical goods and has written to Amazon UK, eBay UK, Gumtree and Facebook to highlight the problem of sellers advertising dangerous fakes on these websites.

Katie Vines from Bristol, was given a scare a few years ago when she purchased an iPhone charger on Amazon Marketplace. Katie purchased a £5 iPhone charger while she was on maternity leave. Her daughter was a few months old at the time:

"When it arrived it looked completely normal and I plugged it in the socket in my bedroom that evening. My boyfriend was changing the baby's nappy and I went into the bathroom, all of a sudden I heard a bang. I ran into my bedroom and found that the iPhone charger had exploded in the wall a few feet away from my daughter. I was stunned and I immediately contacted the seller who assured me that this was a faulty plug. They asked me to return it and they would send a replacement. I naively believed the seller to be genuine as they had good ratings and accepted their offer.

"The second charger arrived, this time it was plugged in downstairs and exactly the same thing happenedNeedless to say I won't be taking risks by buying a cheap charger again."

For advice and tips on spotting a fake charger, visit electricalsafetyfirst.org.uk/fakechargers or search #spotthefake on social media.

The full report is available for download at electricalsafetyfirst.org.uk/fakechargers