Current and former fire crew of Hereford & Worcester Fire and Rescue Service (HWFRS) around the two counties were joined by members of the public, local councillors and the High Sherriff of Herefordshire to mark International Firefighters' Day at 12 noon on Saturday 4 May 2019. 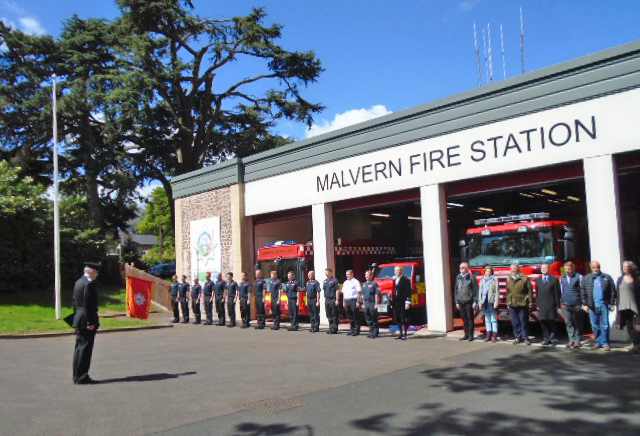 At Malvern Fire Station, Station Commander Stewart Dewar led a minute's silence, following a roll call of the names of colleagues from HWFRS who had died in the service of their communities, followed by a 15 second sounding of sirens, and then a minute's silence.

SC Dewar said: "We remember our fallen colleagues on International Firefighters' Memorial Day. The parade was well attended and served as a reminder of the ultimate sacrifice firefighters may be asked to make in the service of their communities." 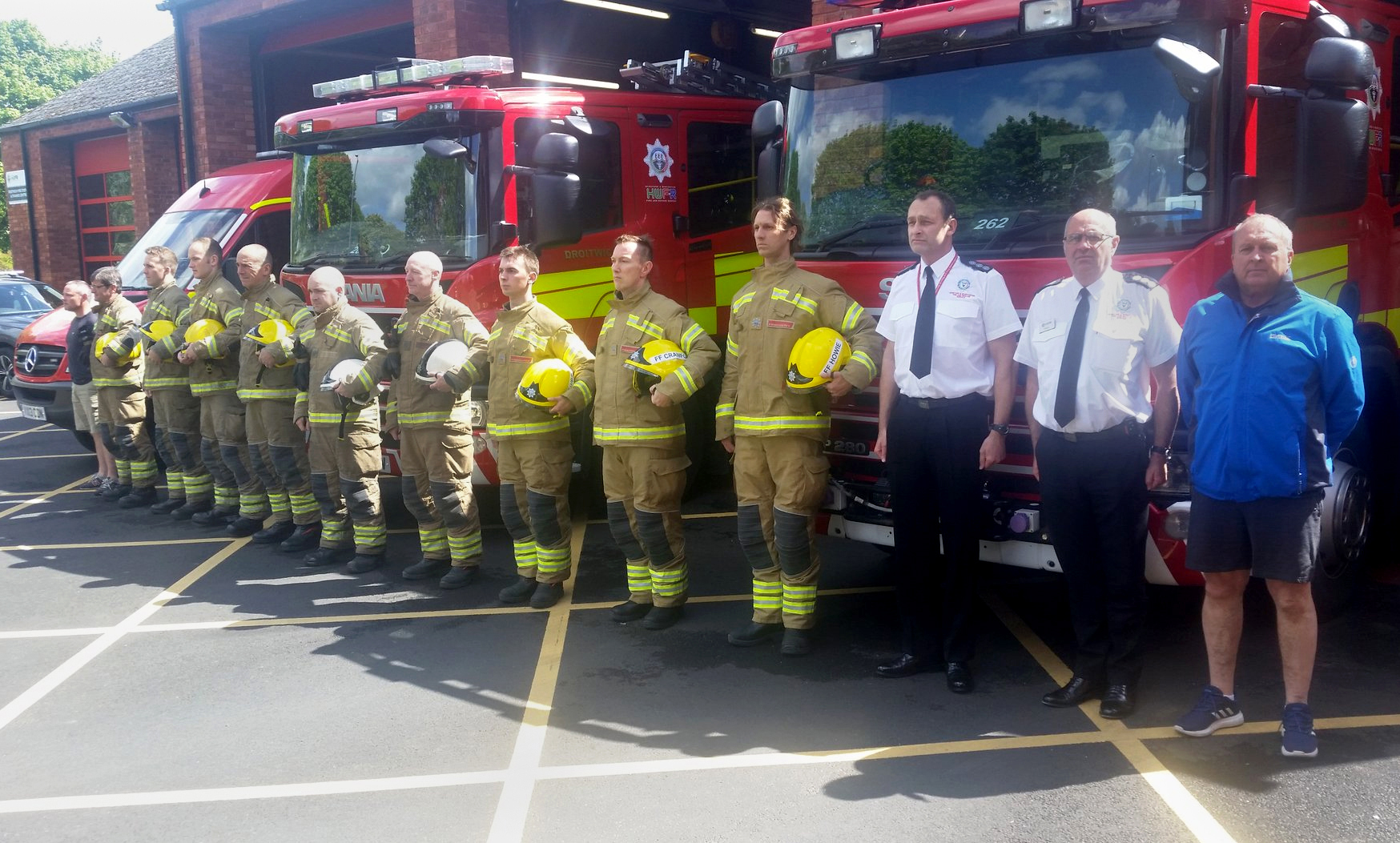 At Droitwich Fire Station, following a parade, crew observed the minute's silence, which began and finished to the sound of sirens.

International Firefighters Day is observed on St Florian's Day, as he is the patron saint of firefighters. St Florian was born around 250 AD in Austria and joined the Roman Army, rising to commander of the imperial army. In addition to his military duties, he was also responsible for leading firefighting brigades, and trained an elite group of soldiers whose sole duty was to fight fires.