Commemorating the bravery and sacrifice of our fallen firefighters 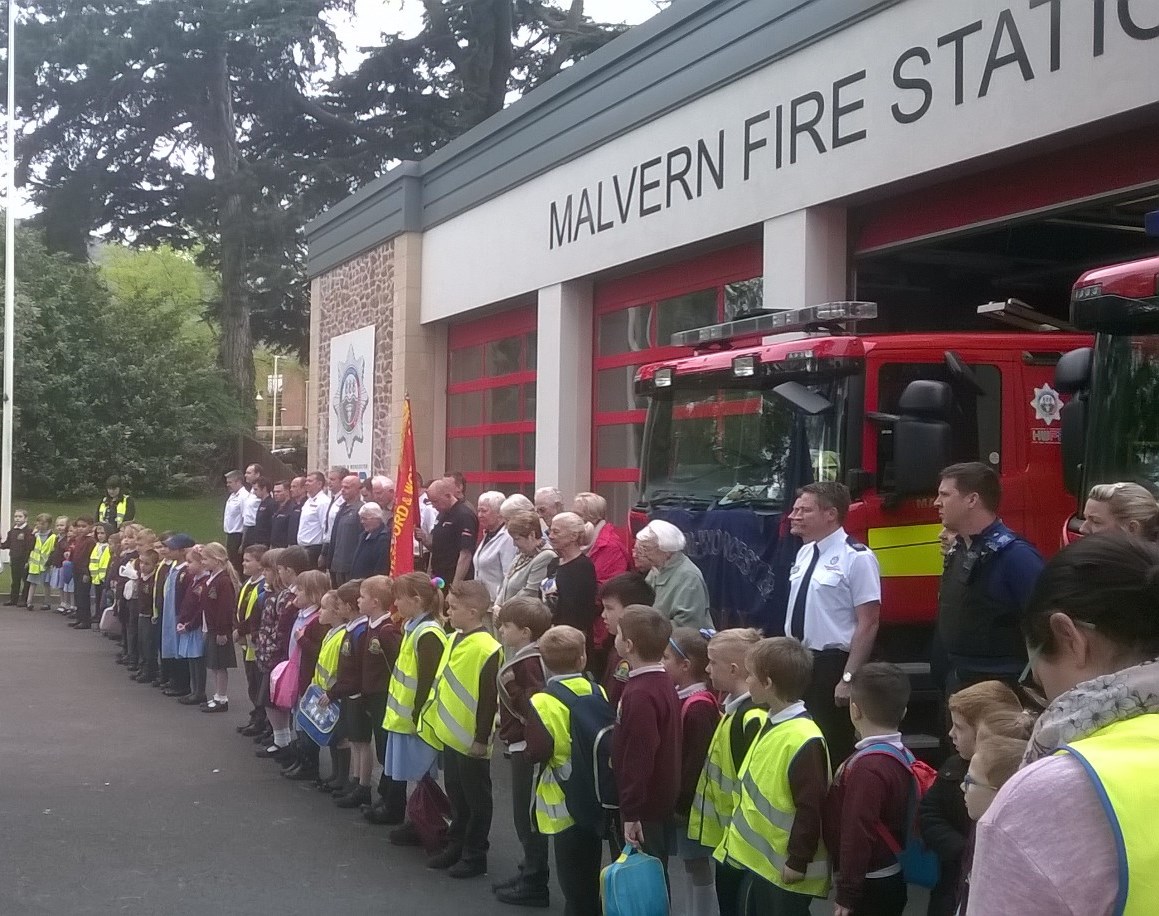 Recently, the second annual Firefighters' Memorial Day, supported by the Fire Brigades Union (FBU) was held across the country, with many Fire Stations nationwide commemorating the bravery and sacrifice of those that have lost their lives in the line of duty.

On the 4th of May, Hereford & Worcester Fire and Rescue Service observed a minute silence at midday across stations and headquarters.

Malvern Fire Station hosted one such parade and additional to the crews, local dignitaries, members of the community, Police and children from Grove Primary School all attended the parade to show their respects.

The parade commenced with a 30 second sounding of an appliance siren, followed by a minute silence which took place at 12noon.

Malvern Fire Station Commander Stew Dewar said: "It was pleasing to see the turn out by the local community and our partner agencies to support this most poignant event."

He continued: "I would like to express my thanks to the crews from Malvern for their assistance with organising and promoting the event and subsequently entertaining the 55 children from Grove Primary School! This is something we will definitely look to repeat next year."