This morning (12th December), firefighters moved into their new and improved fire station in Abbey Road, which has taken just under 11 months to build.

Members of the public and approximately 30 retired firefighters watched on as parades took place at the old station in Merstow Green and at then at the new station. 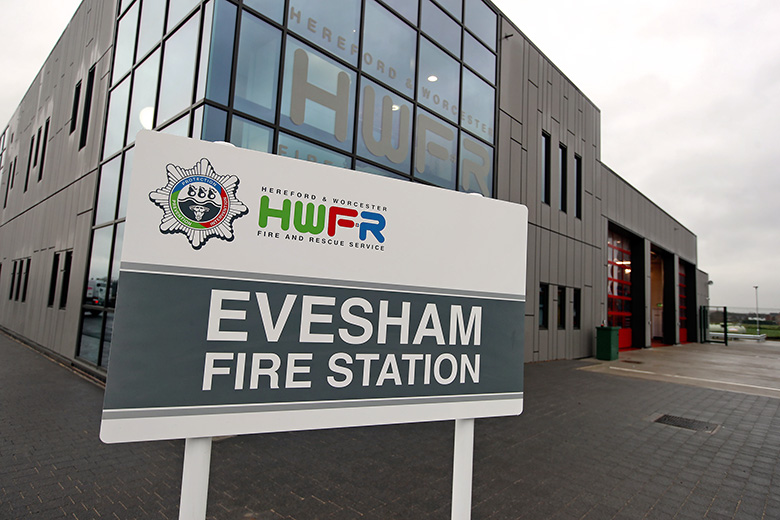 Chief Fire Officer Nathan Travis said: "Today we bid farewell to the old station in Merstow Green, which our crews from Evesham have operated from for the last 50 years.

"I'm extremely pleased that staff can now move into the new station which will be far more efficient, have lower maintenance costs and provide our firefighters with modern facilities that will help them train and respond in the best way possible."

Chairman Derek Prodger MBE said: "It was a pleasure to see so many retired firefighters attend the event today, including the original station commander that opened Merstow Green.

"I'm delighted that Evesham now has a new fire station with some excellent facilities that will meet the needs of modern fire fighting for many years to come."

The site in Merstow Green will be developed into a new Waitrose store as part of the economic regeneration of the town.

Cllr Frances Smith, Chairman of Wychavon District Council, said: "We're immensely proud of the work our firefighters do and are delighted we have been able to play a part in delivering this wonderful, modern facility to enable them to continue their vital role, long into the future."

An official opening of the station will take place next year.