Hereford & Worcester Fire and Rescue Service (HWFRS) responded to a thatched roof fire at a residential property in Broughton Green, Droitwich at 5:38pm on Thursday 13 December 2018. 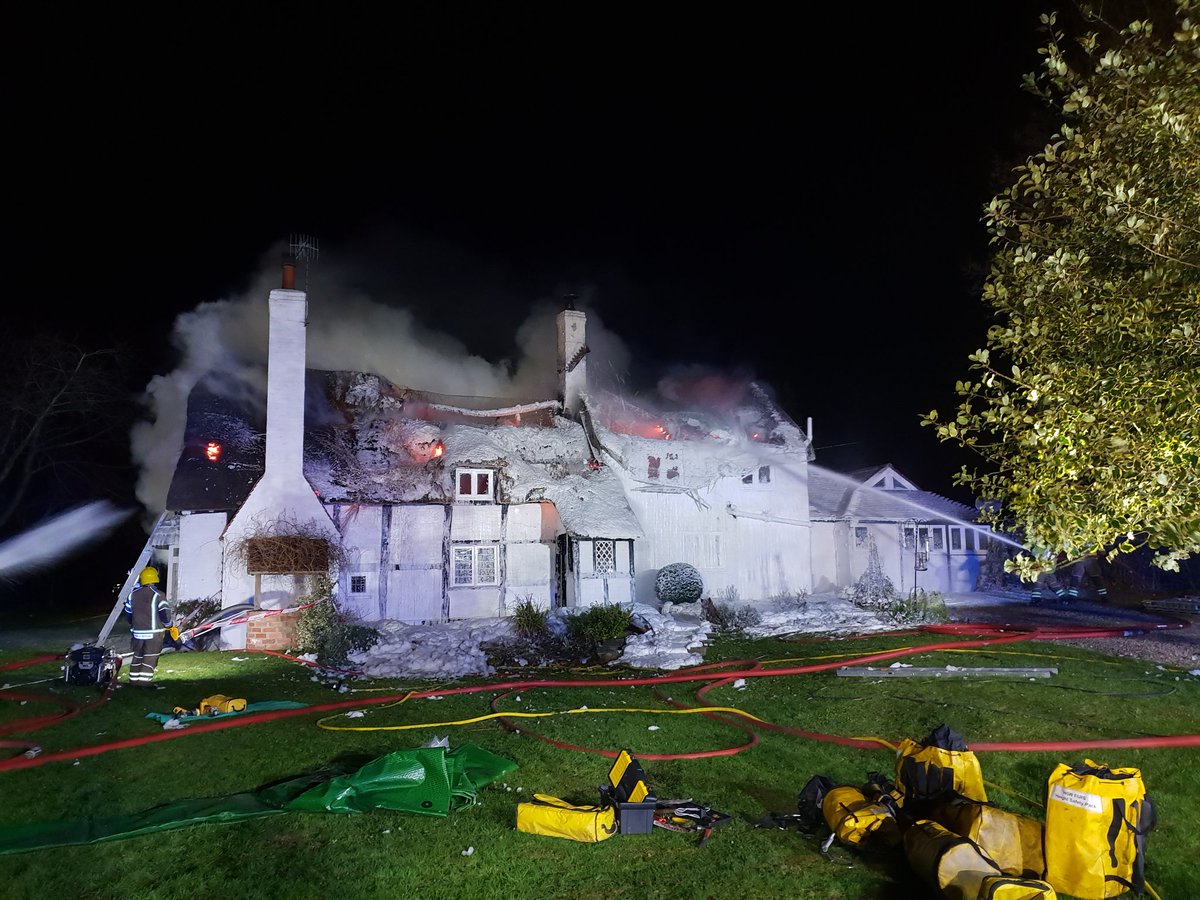 At its height, nine fire engines and two water carriers were in attendance from across the two counties – also assisted by colleagues from West Midlands Fire Service. The residents were safely evacuated and cared for by paramedic staff.

On arrival, much of the thatch roof and first floor of the property were alight and rapidly spreading, and fire crews worked through the night to bring the fire under control, using hose reel jets, breathing apparatus, compressed air foam, and water relay techniques. They also cut away thatch to try to prevent the flames spreading further. However, sadly all the roof and most of the first floor were destroyed by the fire.

The Highways Agency was also called by HWFRS in the early hours to grit the surrounding roads, as the water run-off from firefighting was starting to ice as temperatures dropped below freezing.

Fire crews remained at the scene for damping down and by noon on Friday, the incident was yet to be closed.

The cause of the fire will be determined by the Fire Investigation team.

Area Commander Mark Preece of HWFRS said: "This is a timely reminder for people to check faulty electrical appliances, take particular care with log burners, and ensure Christmas lights and candles are never left unattended, to reduce the number of house fire tragedies over the holiday season."