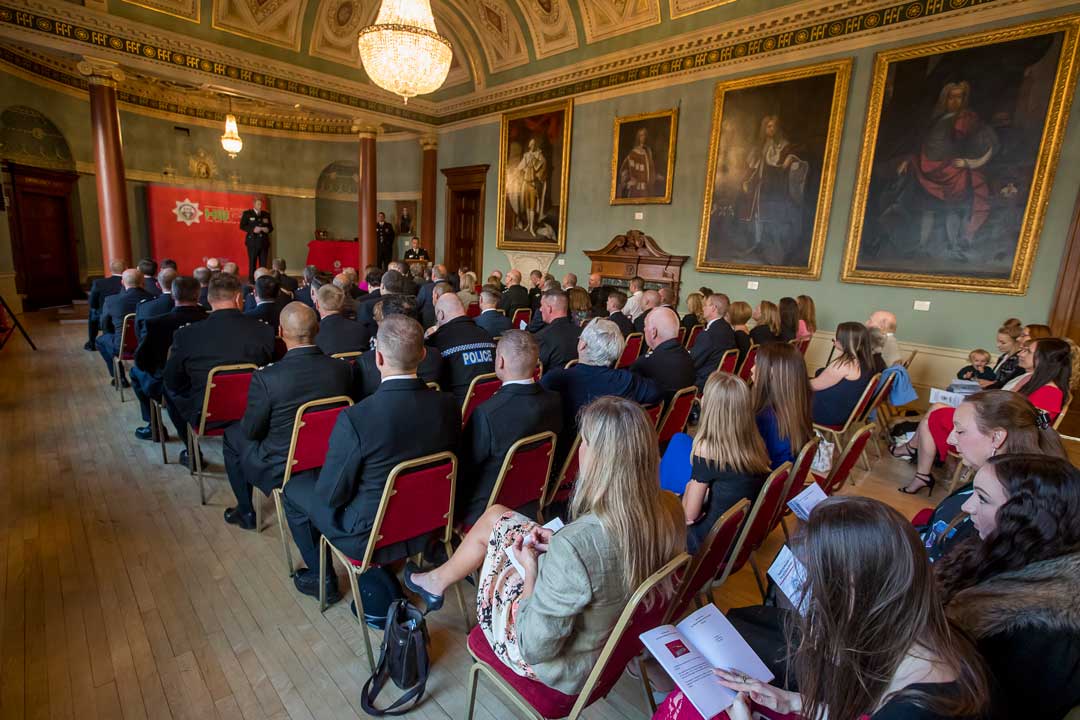 On Friday 15 September, fire service staff and members of the community from across the county received awards at the annual Worcestershire Medals and Awards Ceremony.

The event, which was held at Worcester Guildhall, honoured staff for their outstanding service and commitment to the fire service.

Chief Fire Officer Nathan Travis said: "It was an honour to once again be able to formally recognise some of the fantastic achievements and commitment of our staff and members of the community."

"All of the accolades given were very well-deserved and each recipient has contributed towards keeping the people of Herefordshire and Worcestershire safe."

The ceremony began with The Fire Brigade's Long Service and Good Conduct Medals which were presented, on behalf of Her Majesty the Queen, by the Vice Lord Lieutenant of Worcestershire, Lady Morrison. These awards went to members of staff who had each completed either 20 or 30 years of service.

As well as awards for long service, there was also The Silver Axe Award which is annually given to the Service's top trainee firefighter who has demonstrated exemplary attributes and scored highly in all areas of training. This award was presented by Chief Fire Officer, Nathan Travis, and went to Daniel Hollings from Worcester.

On the subject of young talent, The High Sheriff Award is presented annually to the top Young Firefighter that has demonstrated the most determination and enthusiasm. This year's award, presented by the High Sherriff of Worcestershire, went to Charlotte Day who is a member of the Droitwich branch of the Young Firefighters Association. 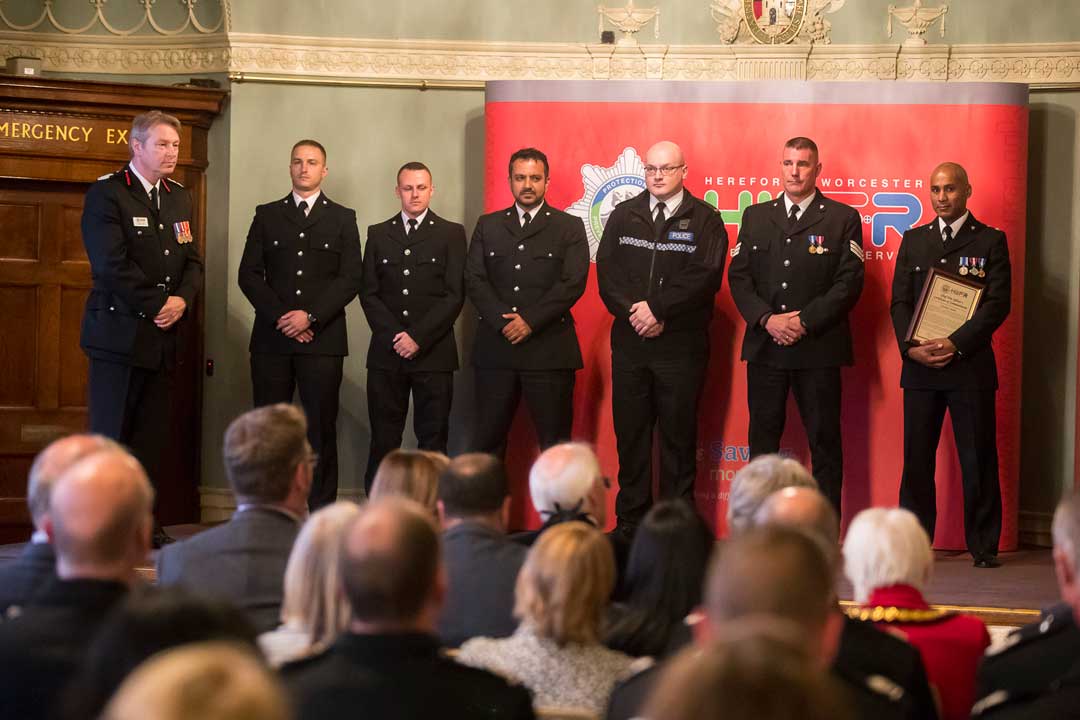 Chief Fire Officer, Nathan Travis, then went on to present the Chief Fire Officer's Certificates of Commendation. Inspector Andrew Smith was one of the recipients of this award, due to his courageous actions during a fire earlier this year where he rescued a member of the public. His colleagues, who also attended the incident, were presented with Chief Fire Officer's Letters of Congratulations.

Chief Fire Officer's Letters of Congratulations were also presented to Firefighter Liam Burtenshaw and Firefighter Kyle Annis, who had both given medical assistance (in two separate incidents) to members of the public whilst off duty.

The evening concluded with the Chairman's Certificate of Commendation, presented by Chairman Roger Phillips, which aims to recognise individuals that have made a substantial contribution to the work and aims of the Fire Authority, made a significant contribution to community safety or helped deliver a piece of work with outstanding innovation. These hard-earned awards went to Crew Commander Bob Morris and Watch Commander Chris Wainwright.

Crew Commander, Bob Morris BEM, was given his award for organising the annual bonfire party at Redditch Fire Station for the last 39 years. The event, which is loved by many, has raised thousands for charity and has allowed members of the public to enjoy fireworks safely. Watch Commander, Chris Wainwright, from Droitwich received his commendation for his work on an internal system, which has significantly contributed towards firefighter and community safety.

A separate awards ceremony for the Herefordshire area will follow on 10 November at Hereford Town Hall.