On the evening of Friday 16 September, firefighters and Fire Service support staff from across the county received awards at the annual Worcestershire Medals and Awards Ceremony. The event, which was held at Worcester Guildhall, honoured staff for their outstanding service and commitment to the Fire Service. 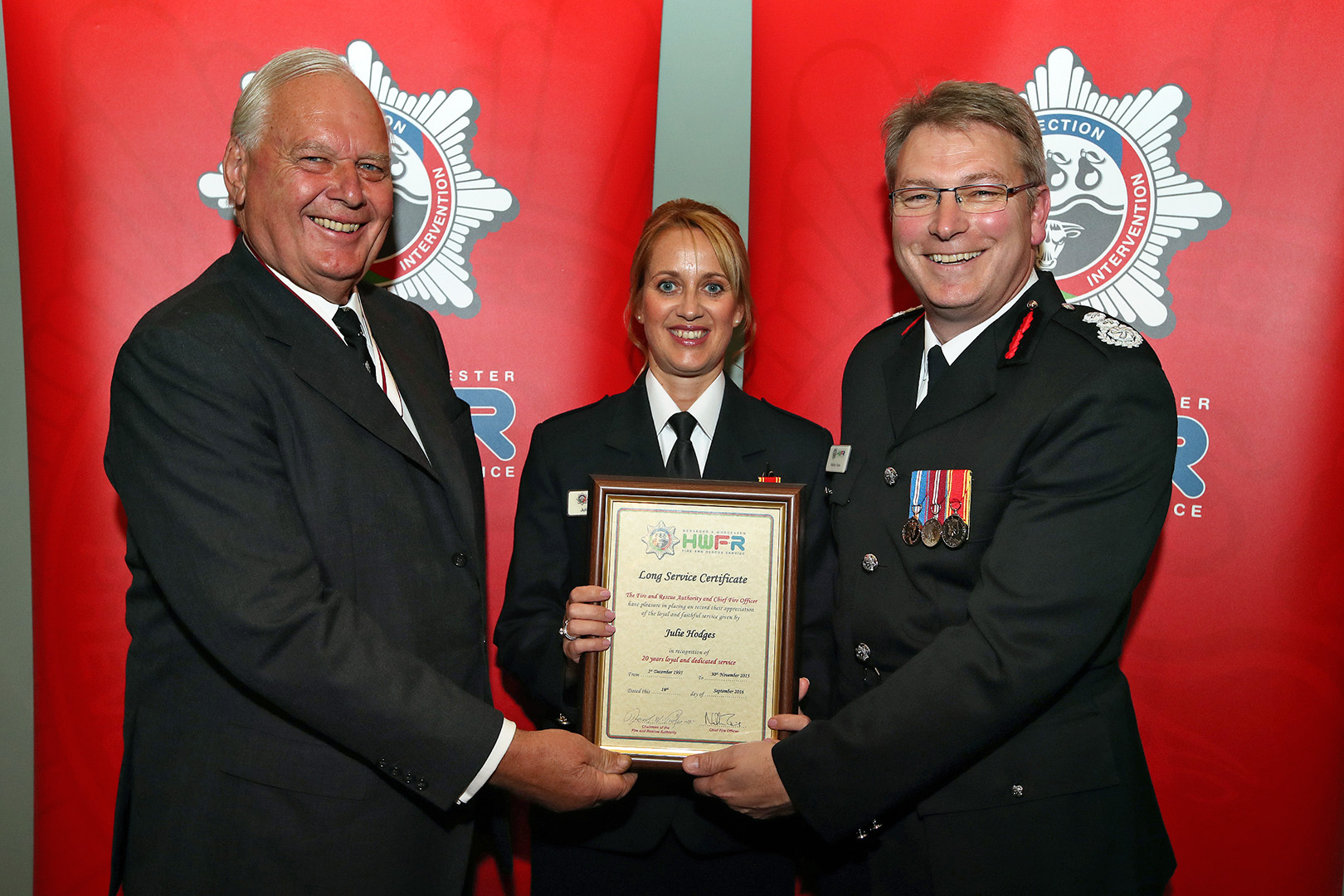 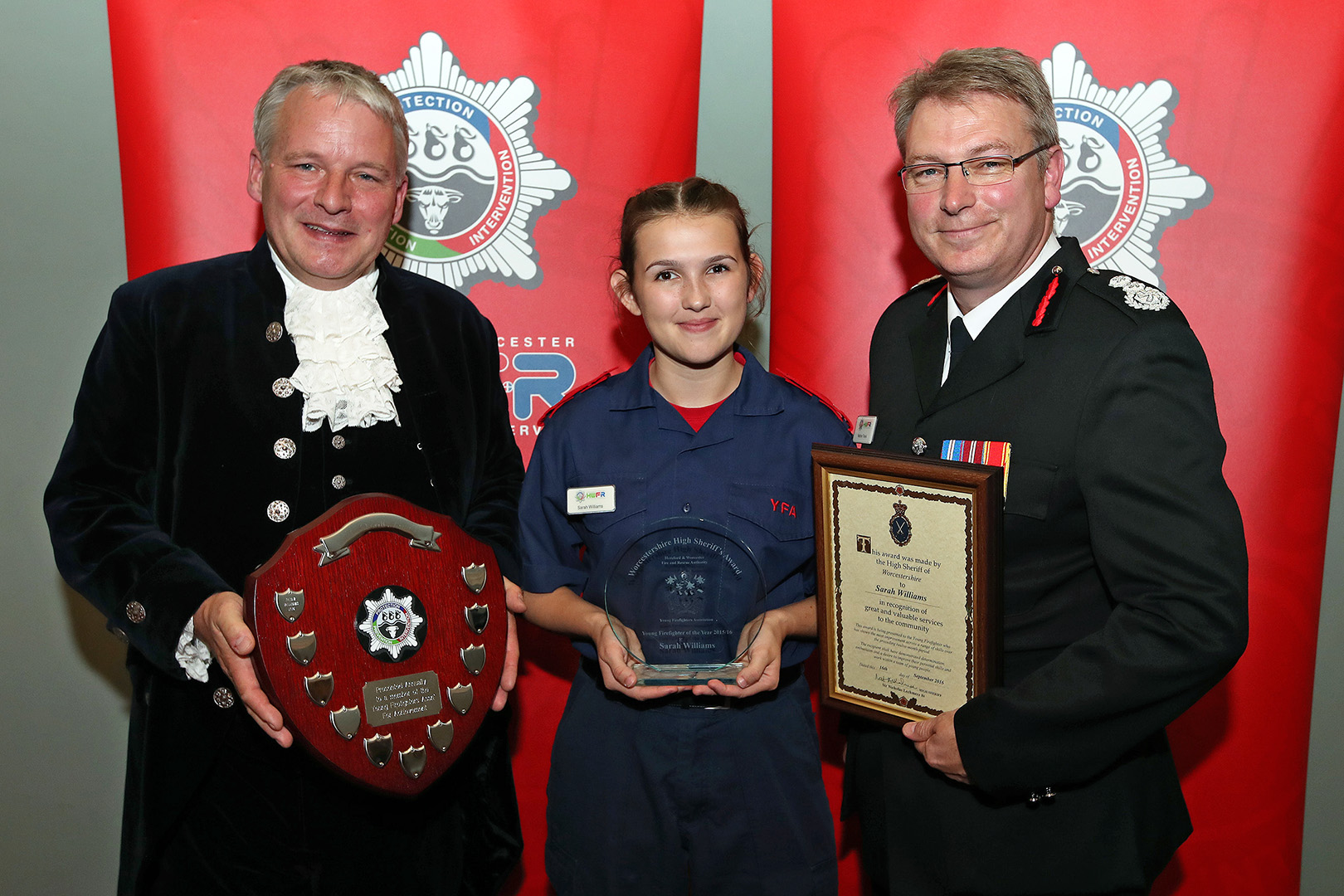 The Chairman's Certificates of Commendation were awarded to Mr. Bill Davison for providing staff training on electrical installations, and the Rev Dick Johnson for his ongoing commitment to CIST (Critical Incident Support Team).

This year the Chief Fire Officer's Certificate of Commendation was awarded to Mr. Phil Hall for his courageous actions in rescuing his neighbour from a house fire in Malvern, in May 2016. 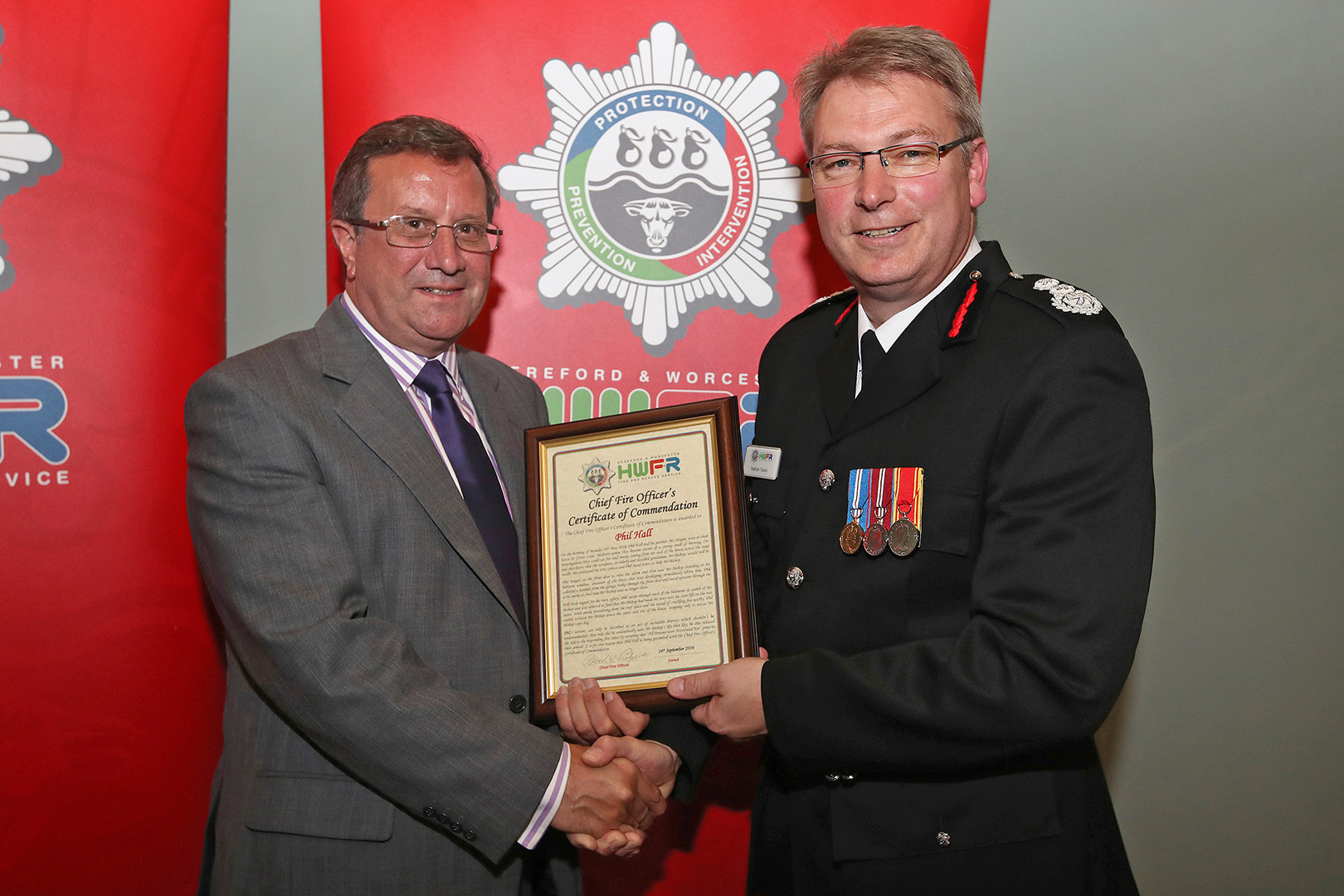 Chief Fire Officer Nathan Travis said:
"This was my first Awards Ceremony as Chief Fire Officer for Hereford & Worcester and I was delighted to be part of such a great celebration of the talent and commitment of our staff."

He congratulated everyone who received an award, and said: "I'd like to thank all recipients for their continued enthusiasm and professionalism in their respective roles.

A separate awards ceremony for the Herefordshire area will follow in November at Hereford Town Hall.