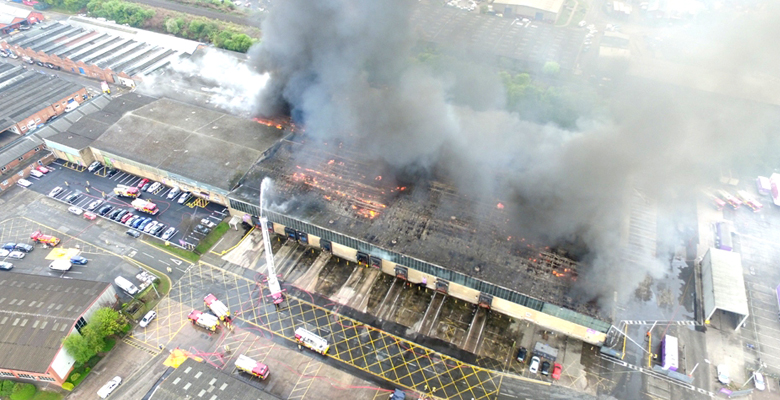 Approximately 70 firefighters and 16 fire engines have been tackling a large fire at Blackpole East Trading Estate in Worcester.

The fire started on Thursday 20 April 2017 and it was reported to Hereford & Worcester Fire and Rescue Service at approximately 08:35am.

As well as firefighters, police and ambulance are also in attendance.

Road closures of the surrounding area are in place, and the public are advised to take alternative routes.

Richie Jordan, Group Commander said: "Hereford & Worcester Fire and Rescue Services are currently tackling a severe fire in a warehouse on the Blackpole East Trading Estate which is producing a significant amount of smoke. We would encourage members of the public to avoid the area and for local residents to keep their doors and windows shut."

West Mercia Police Superintendent Kevin Purcell said; "Officers are on the scene to support road closures in the area and to ensure the safety of local people. We would ask that people stay away from the area and comply with any instructions given at the scene."

Dave Throup from the Environment Agency said: "Contaminated fire water has reached Barbourne Brook and we have seen some impacts locally. We are working with Hereford & Worcester Fire and Rescue Service to minimise the environmental impact and prevent further run off".

Dr James Chipwete, Consultant with Public Health England West Midlands said: "Residents in areas affected by the smoke should stay indoors, keep their doors and windows closed, and tune in to the local radio station for advice and information.

"Motorists who have to travel through the smoke should keep windows closed, turn off air conditioning and keep their air vents closed.

"So far, there have been no reports of any people experiencing ill effects from this fire. The Fire and Rescue Service is on-site dealing with the fire and the other agencies involved will continue to monitor the situation and issue advice to the public, businesses and organisations affected as necessary."

Local residents are advised that any smoke can be an irritant and as such, if people need to be outdoors, they are advised to avoid outside areas affected by any smoke or ash, or to limit the time that they spend in them.

Some of the substances present in smoke can irritate the lining of the air passages, the skin and the eyes. Respiratory symptoms include coughing and wheezing, breathlessness, sputum (phlegm) production and chest pain. If symptoms occur, people should seek medical advice or call NHS 111.

Chemicals in the smoke can worsen existing health problems like asthma. People with asthma should carry their inhaler. 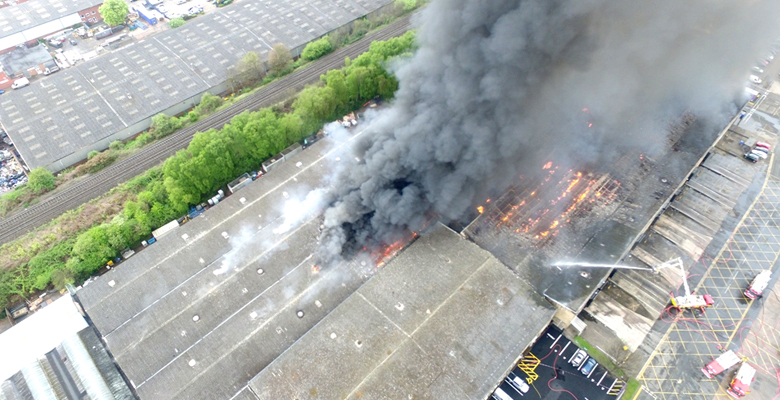