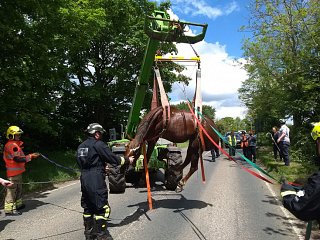 Hereford & Worcester Fire and Rescue Service's large animal rescue team from Bromyard and a crew from Hereford were called to Stoke Lacy at 11:44 on 20 May to a horse which was stuck in a ditch.

"A lady was riding her horse along the A465 near Stoke Lacy when it was spooked by a lorry," said Station Commander Adrian Thompson.

"The horse ended up on its side in a ditch but the rider was able to raise the alarm.

"The crews from Bromyard and Hereford were quickly on the scene. 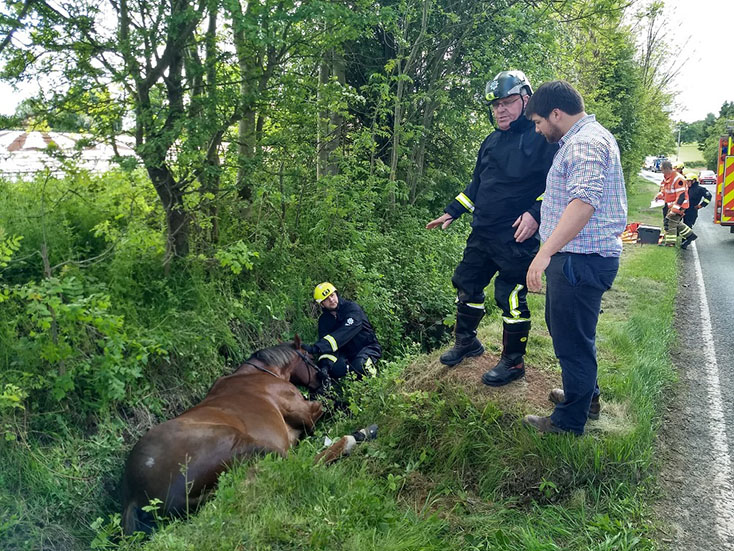 "Using specialist equipment and with the assistance of a local farmer with a telehandler and under the supervision of a vet, we were successfully able to remove the sedated horse from the ditch."

The horse was taken to a nearby stables and has now made a full recovery.

Please give horses the width of a car when passing and reduce your speed to 15mph.