Hereford & Worcester Fire and Rescue Service (HWFRS) was called to a house fire in Cobhall Close, Hereford at 12:35 on Friday 17 May 2019. 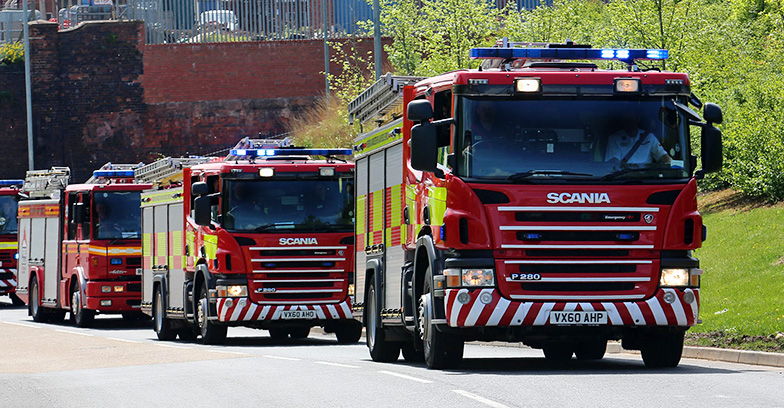 Sadly the female resident of the property died at the scene. In addition a man, who was outside the property, received treatment by ambulance staff for minor injuries before being taken to hospital for further treatment. A woman from a neighbouring property was also assessed by paramedics but didn't require hospital treatment.

On arrival at the mid-terraced house, fire was affecting both the ground and first floors of the property. Six fire engines attended from Hereford, Ewyas Harold, Ledbury, and Malvern fire stations, as well as Police and the Ambulance Service.

Residents from the adjacent properties were evacuated, and the Red Cross was in attendance to support them. Plans were implemented with relevant agencies to re-house residents whose homes had been affected by the fire.

"This was a tragic incident and our thoughts are with the family of the deceased and the man who was injured," said Group Commander Rob Allen, of HWFRS. "Fire crews worked extremely hard to extinguish the fire and prevent further loss of life and damage to other people's homes."

HWFRS remained at the incident, along with colleagues from West Mercia Police until it was closed at 14:22 on Saturday.