Hereford & Worcester Fire and Rescue Service (HWFRS) presented honours recognising the talents and commitment of firefighters and their colleagues in Herefordshire, at a ceremony at the Town Hall on Friday 16 November 2018.

The medals and awards were presented by The Dowager Countess of Darnley – the Lord Lieutenant of Herefordshire, Daniel Hone DL – the High Sheriff of Herefordshire, Roger Phillips – Chair of the Fire Authority, and Chief Fire Officer (CFO) Nathan Travis. The event was attended by the recipients, their friends and families, Sue Boulter the Mayor of Hereford, fire officers from HWFRS, and members of the Young Firefighters Association.

"Without the exceptional talents and commitment of our staff, there wouldn't be the high quality fire and rescue service we have in Herefordshire and Worcestershire," said CFO Nathan Travis.

"The ceremony honours long and meritorious service, as well as the demonstration of exemplary commitment to training and roles in the Service."

He continued: "HWFRS also acknowledges the often unrecognised, but invaluable, support our staff receive from their families and loved ones."

The Awards and Medals 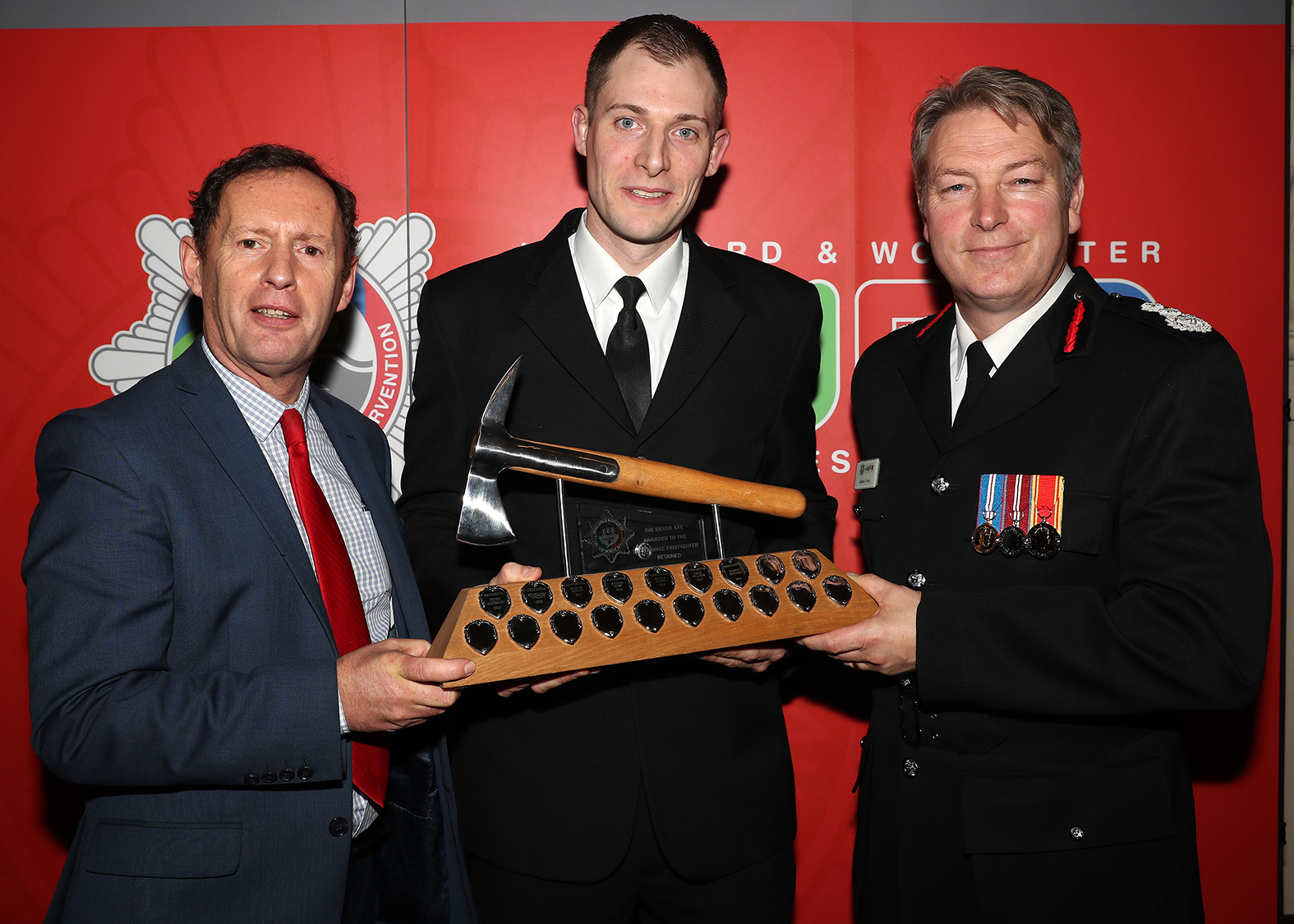 Presented to the top on-call firefighter recruit of the year, the winner demonstrated exemplary attributes throughout his Trainee Firefighter Course and scored highly in all areas of his initial training.

The award was presented by the Chief Fire Officer to:

Firefighter Edwards said: "I feel very honoured to receive the award and am really grateful for all the support the Eardisley crew and my family have given me during my training."

Darryn combines his role as an on-call firefighter with his job as a butcher at Herefordshire Meats. Committing a minimum of 40 hours a week to the Fire and Rescue Service relies on the support of his boss, company director Sean Greves-Jones, who said: "Our congratulations go Darryn.The on-call firefighters play a vital role in the safety of our communities in Herefordshire. As an employer I am happy to enable Darryn to be a part of this important service, and accommodate within the business his commitment to training and attending incidents – it's all for the good of our village and the county."

This honour is awarded by Her Majesty the Queen to those who have rendered twenty years meritorious service as members of the Fire Brigades of the United Kingdom. The award indicates the high esteem in which the recipient is held and expresses the gratitude of both the Fire and Rescue Service and the public for their honourable duty. 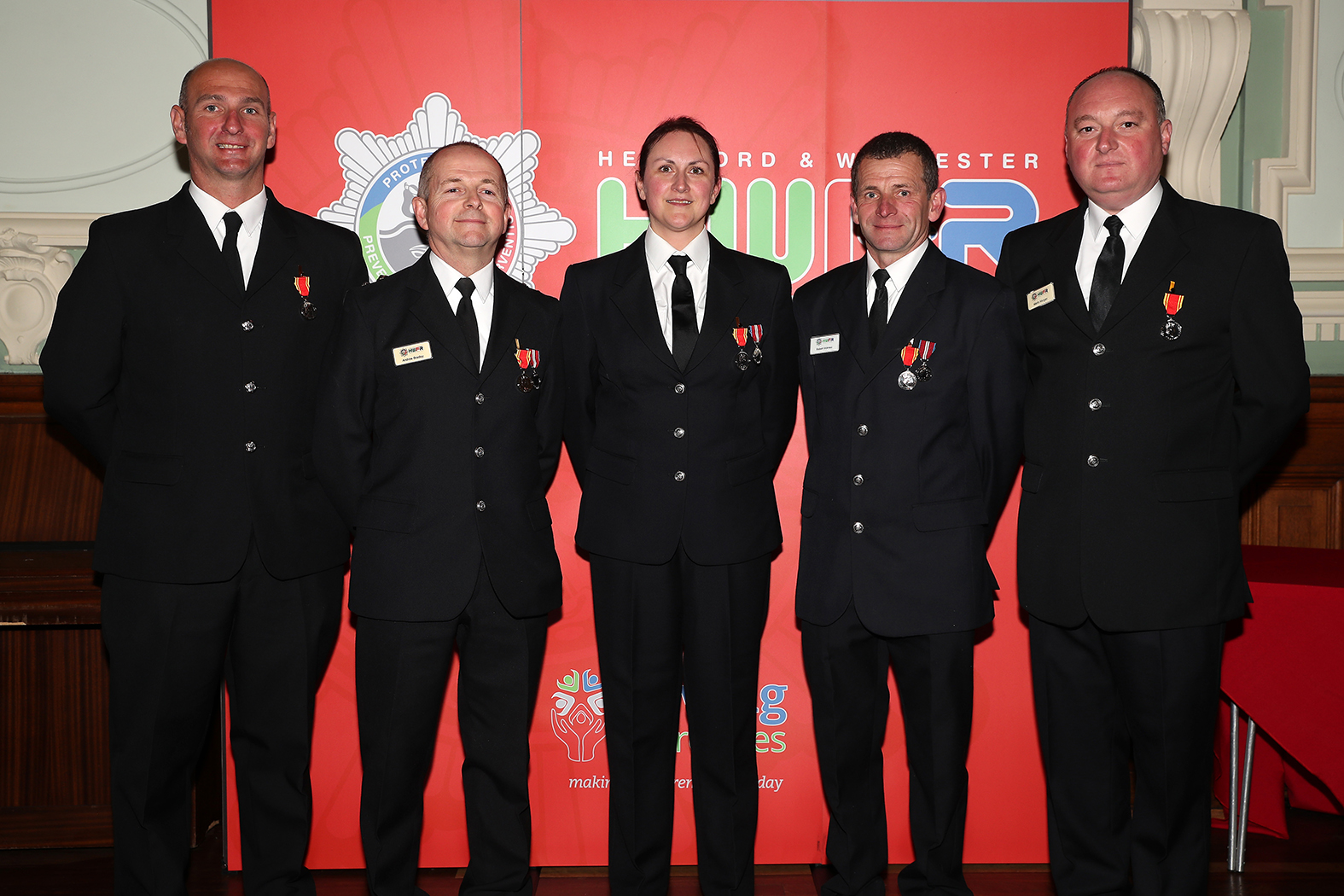 Five recipients received the medal from the Lord Lieutenant of Herefordshire:

Watch Commander James said: "21 years ago, I followed my dad into the Fire and Rescue Service and am proud to be at the same rank and milestone that he was when he finished. I never imagined I'd serve for more than 20 years, first in a support role, then as an on-call firefighter, and now as a unit Watch Commander." 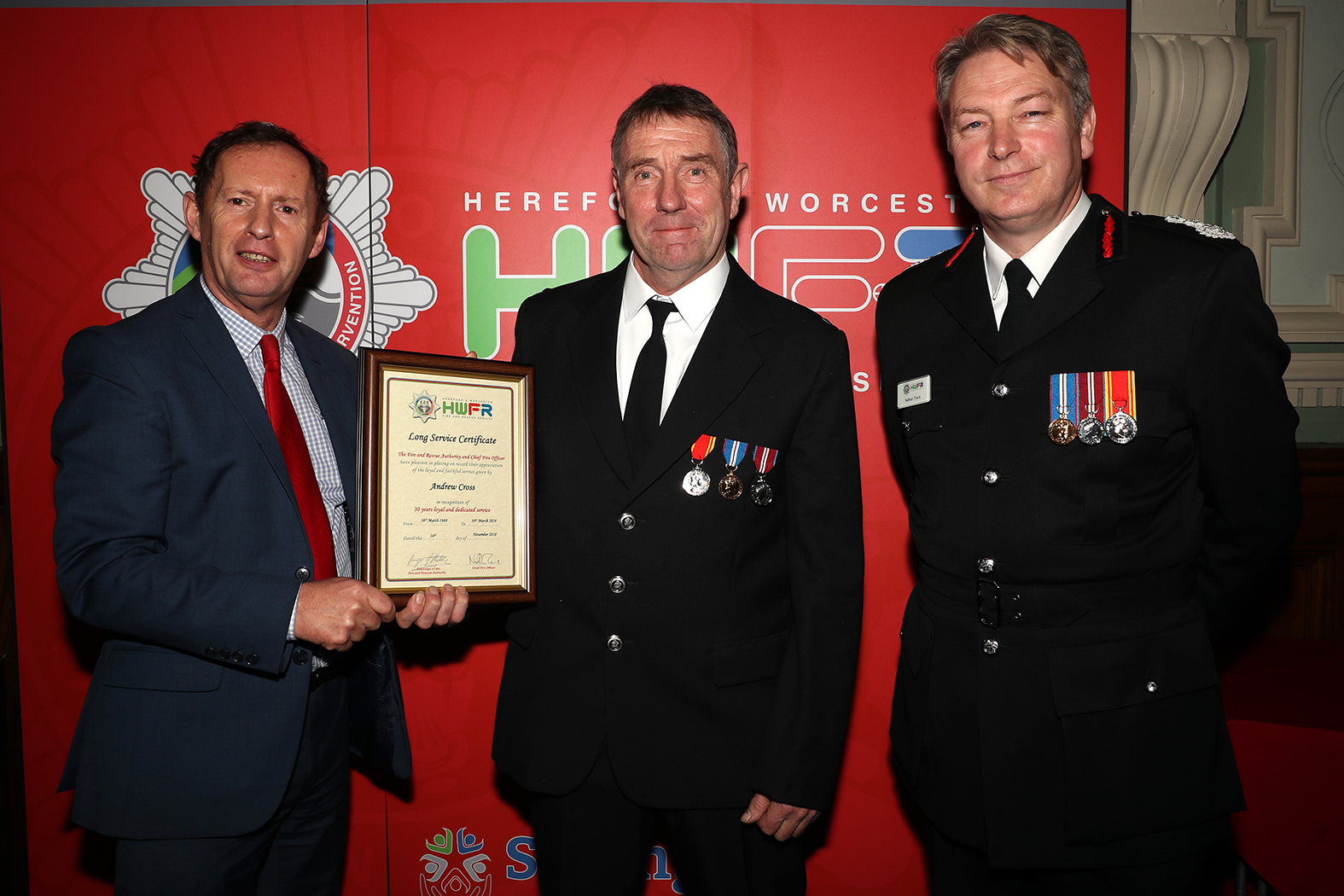 Presented to fire service staff who have completed 30 years' meritorious service as members of the UK Fire and Rescue Service.

The awards were made by the chair of the Fire Authority and the Chief Fire Officer to:

High Sheriff of Herefordshire's Community Volunteer of the Year Award

Recognises the outstanding support, enthusiasm, and dedication given freely by a Community Volunteer. 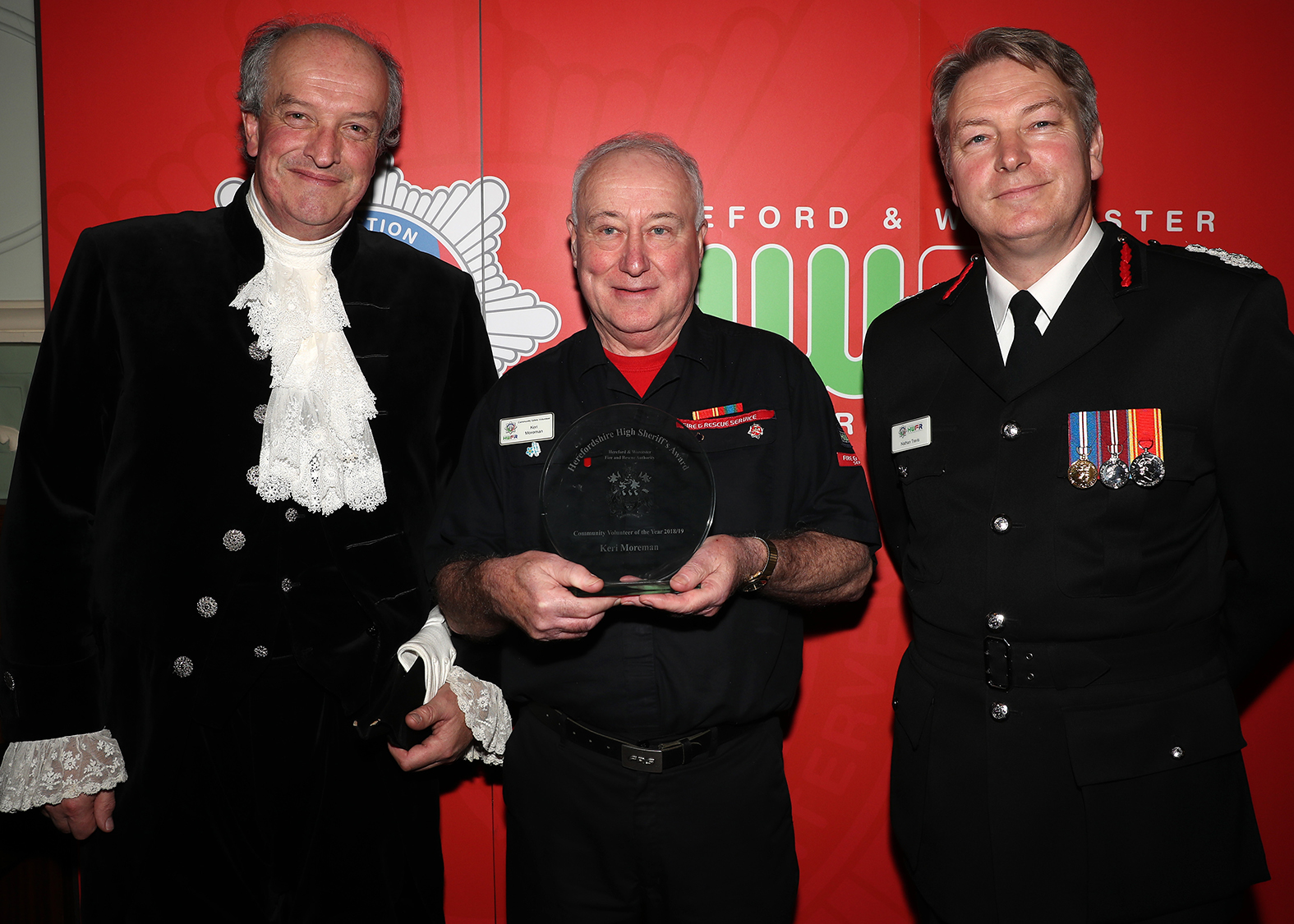 The High Sheriff of Herefordshire presented the award to:

Awarded by the CFO to members of the Fire Service, partner agencies, or the public for acts of bravery, or performing to a high standard under difficult circumstances or above and beyond normal expectations.

This year the certificates were presented to:

Working collaboratively they have been involved in more than 1,000 incidents which have improved the delivery of the services protecting the most vulnerable within the community of Hereford.

Recognises the significant fundraising contributions of a fire station, department or individual for The Fire Fighters Charity.

For raising more than £1,000 at a single open day, the Chair of the Fire Authority presented the award to: