Fire Service called to spate of collisions across two counties 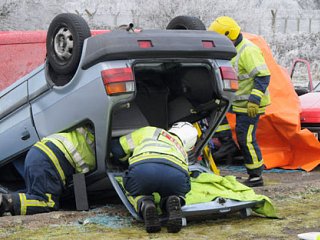 In a four hour period (between 6.20am and 10.20am), fire crews were called to assist at nine different collisions where vehicles had left the road or overturned.

This included two in Herefordshire and seven in Worcestershire.

Group Commander Ian Prust from H&WFRS, who attended two of this morning’s collisions, said: “The early morning frosts have made it difficult today on Herefordshire and Worcestershire roads and we’d urge people to slow down and take extra care when faced with such conditions.”