Hereford & Worcester Fire and Rescue Service (HWFRS) is supporting Electrical Fire Safety Week, which is running this week and is urging residents to watch out for fake and substandard goods.

New research carried out by Electrical Safety First reveals that an estimated nine million UK consumers[i] have purchased a fake electrical product as a Christmas gift in the past. As this Black Friday's retail bonanza encourages people to shop for a festive bargain, the Charity is reminding people to watch out for fake electrical products as they present a serious fire risk. 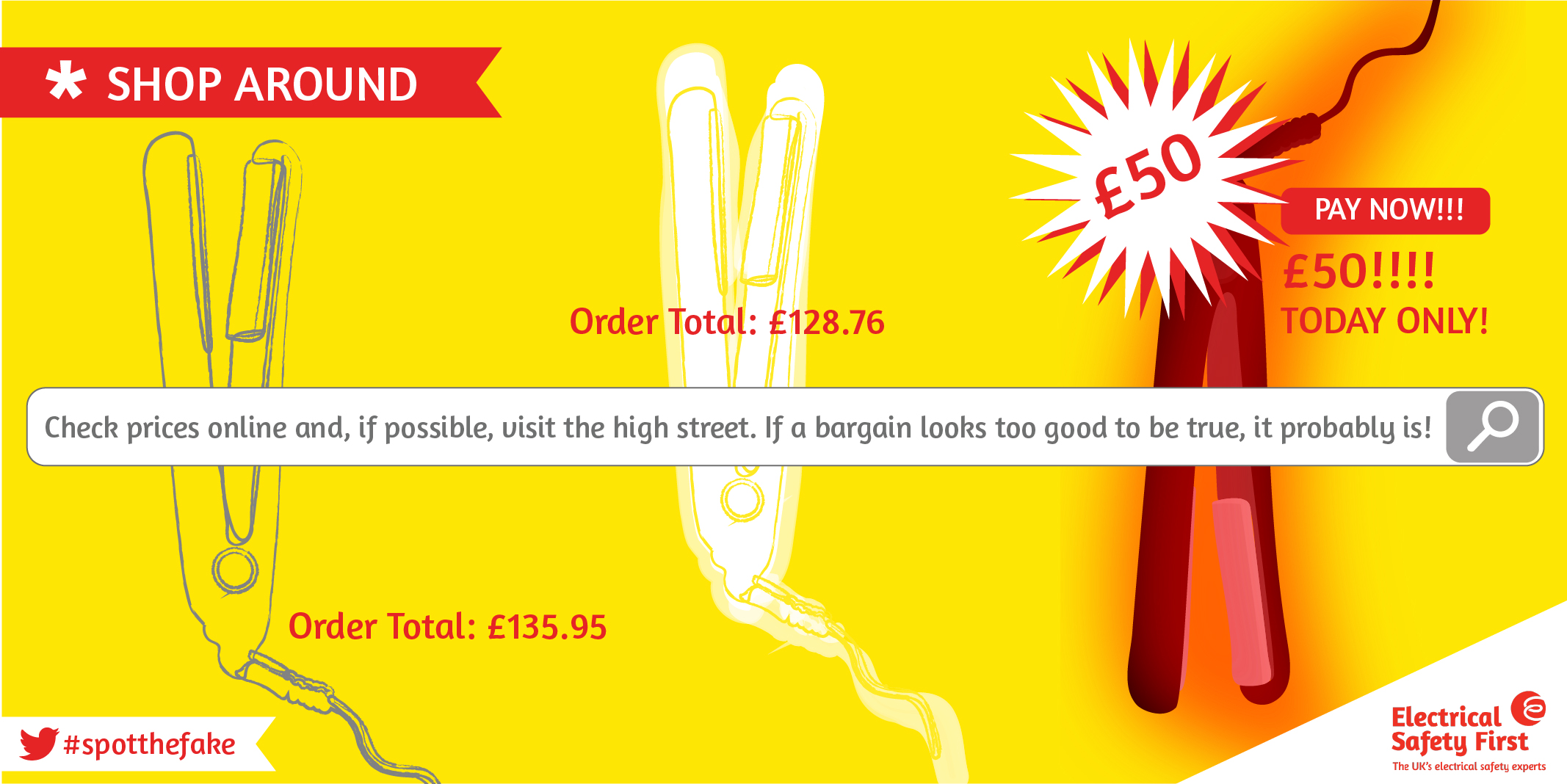 Online retailers account for the majority of counterfeit purchases, with three in five[ii] of all counterfeit electrical purchases taking place online. The Charity's research showed that UK consumers are more likely to use online marketplaces such as Amazon or eBay than buy directly from trusted retailers' websites[iii]. One in five[iv] of these shoppers admit to spending absolutely no time assessing whether an electrical item is genuine and over half[v] presume that electrical items that they see for sale online are genuine.

Additionally, some people are knowingly buying fake electrical items. One in six[vi] consumers say they would consider buying a product they suspected was fake if it was cheaper than the original. Ten per cent said that they would buy a suspected fake if under pressure to buy it by a certain date or if it was difficult to find due to high demand.

As part of the Fire Kills Campaign, Station Commander Stuart Crebbin said "We would like to urge shoppers in Herefordshire and Worcestershire to take the time to check that the products they are buying are genuine. Fake electrical products appear more convincing than ever, but they can contain less than half the internal components required to run safely. So, while there will be a lot of demand for this year's 'must have' Christmas gifts, remember that if a bargain looks too good to be true, the chances are it probably is".

For more information on how to spot a fake, including after you've bought it, visit www.electricalsafetyfirst.org.uk/SpotTheFake