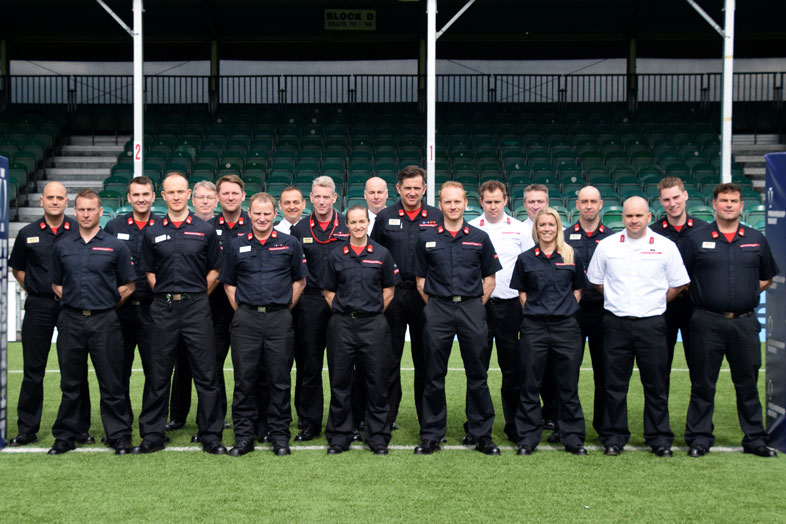 They have been promoted from both on-call and wholetime firefighters and temporary Crew Commanders from within HWFRS, and from two other Fire and Rescue Services.

Crew Commanders are fire officers in charge of a fire engine with a crew of between four and six firefighters, or who may work within support departments.

The promotions are the result of a new set of promotion principles developed by HWFRS over many months ensuring robust, transparent and fair processes were applied to select the very best applicants.

HWFRS received 77 applications and following thorough standardisation and an anonymised sifting process, 41 were shortlisted. All of these went through an extensive selection programme including awareness sessions, interviews, role-playing, and assessment tests. Every stage was scrutinised by a panel of representatives from a cross-section of the workforce in HWFRS.

"We are delighted with the outcome of the process we have developed and congratulate all of the new Crew Commanders who have been promoted," said Area Commander Guy Palmer, Head of Operations for HWFRS.

"The Promotion Process and Scrutiny Panel devised a rigorous new approach to identifying the very best candidates. This has now been successfully tested and subsequently reviewed, and will be used as the model for future promotion processes at every level, to ensure that everyone's potential is recognised within HWFRS."

Some of the newly-promoted Crew Commanders joined the Chief Fire Officer Nathan Travis and other senior officers at an event where they could discuss their experiences and aspirations. They will all take up their new roles at fire stations around the two counties over the next few weeks.