Over 50 firefighters tackle a large fire in Kidderminster

Over 50 firefighters, ten fire engines and a number of other specialist units tackled the fire using jets and compressed air foam. The building where the fire started was in use at the time but was successfully evacuated and nobody was injured.

Due to the severity of the fire and the nature of the smoke being given off, West Mercia Police cordoned off the road and nearby residents were asked to keep windows and doors closed.

Area Commander Jon Pryce said: "Upon arrival, crews were faced with a two storey building that was well alight. Fortunately, the fire was swiftly brought under control by our firefighters despite significant issues around the hazardous materials involved in the fire."

He continued: "HWFRS is still dealing with the incident, and will continue throughout today, with four fire engines at the scene which are expected to be there for the majority of the day. I'd like to thank all of the emergency services and other agencies for their hard work throughout the night which ensured the fire was extinguished quickly and safely." 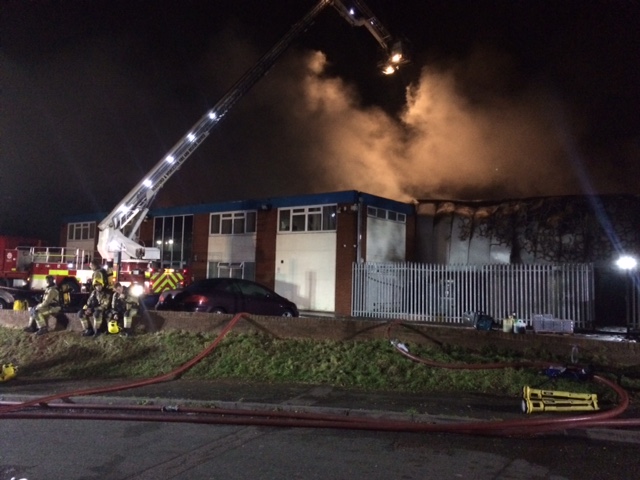 Roads in the area have now reopened and people are no longer being advised to stay in their properties and keep their windows and doors shut.

A fire investigation is underway however the fire is not being treated as suspicious at this time.