Five fire engines from Hereford & Worcester Fire and Rescue Service, three from Redditch and two from Bromsgrove, as well as one from Billesley in the West Midlands Fire Service attended a fire involving five terraced properties in Other Road, Redditch at 17:33 on Saturday 26 January 2019.

An aerial ladder platform also attended as fire spread to adjoining properties, and breathing apparatus and main jets were used for damping down. A relief crew from Kidderminster continued that process overnight as well as monitoring for hotspots. 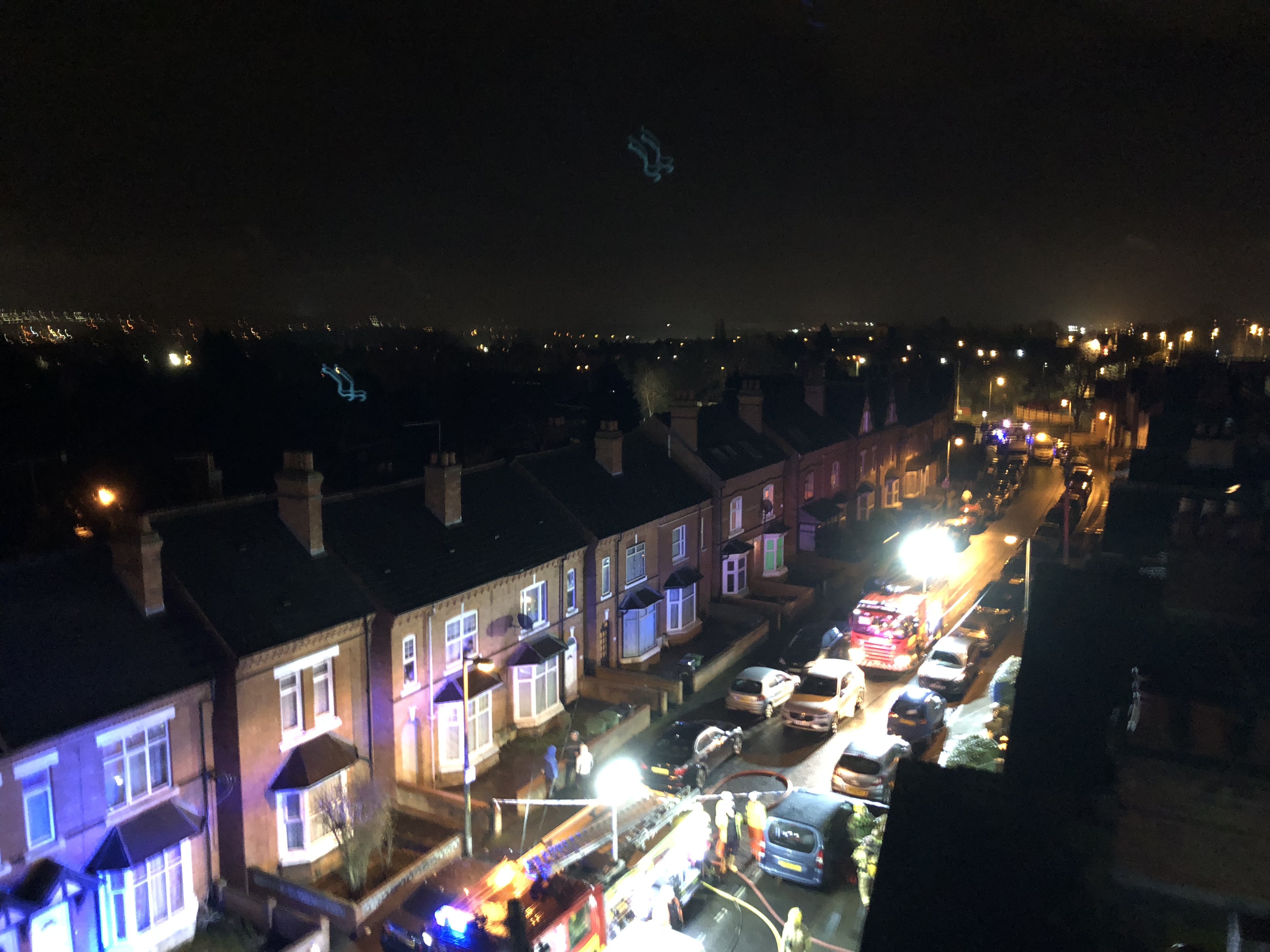 "The fire started in one property and spread to the adjoining properties," said Group Commander Rob Allen.

"No-one was in the property at the time.

"It was a complex incident and we worked closely with our partners from the West Midlands Fire Service and from the police, and liaised with residents to limit the impact.

"One property was severely damaged by the fire.

"The cause of the fire will be established by fire investigation officers working with West Mercia Police."