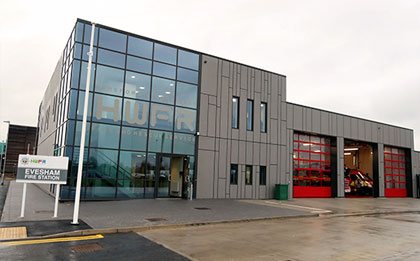 Evesham Fire Station will be officially opened by the Chairman of the Fire Authority, Derek Prodger MBE, on 16 March 2017.