Home » About us » The Fire Service » Fire stations » Broadway 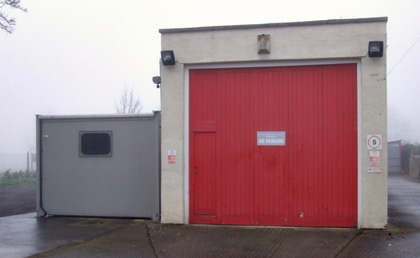 Broadway has a population of around 2,600 residents, but this can easily double during the peak tourist season. Broadway Fire Station was formed in 1897 by volunteers with their first fire engine and other equipment being paid for by donations. The current station was built in 1964 and provides fire cover for the town and surrounding areas.

Broadway Fire Station is a retained fire station, so is staffed solely by on-call firefighters, who respond to emergency calls whenever they are needed.

The station has a Scania fire engine which carries a wide range of equipment, including heavy rescue extrication gear.

On-call drill nights are held at the Fire Station every Monday commencing at 6:30pm.