Home » About us » The Fire Service » Fire stations » Redditch 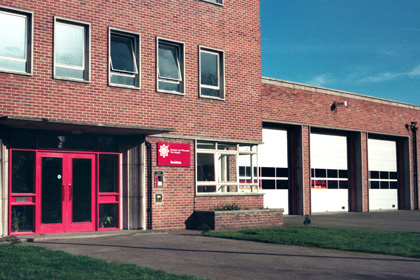 Redditch Fire Station covers the 31 districts of the town with a population of approximately 90,000. The fire station has been in operation since 1964, making it one of the most established stations in the area and perhaps, due to its location, it is one of the most active in the Service, attending around 1,200 call outs per annum.

The crews have three fire Scania engines at their disposal. These appliances are first-line attack engines that can carry a crew of up to six firefighters, along with firefighting and rescue equipment. The station also has an enhanced Water First Responder capability.

On-call drill nights are held at the Fire Station every Monday commencing at 7.00pm