Bromsgrove Councillor to be new chairman of Fire Authority 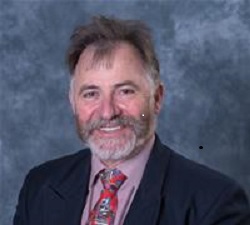 Councillor Kit Taylor has been appointed as the new chairman of the Hereford & Worcester Fire Authority.

Cllr Taylor, who represents Bromsgrove East on Worcestershire County Council for the Conservatives, succeeds Cllr Roger Phillips from Herefordshire. The chairmanship of the Authority passes between the two counties periodically. Cllr Phillips served a four- year term from 2017 as chairman of the Fire Authority and continues as its vice-chairman.

Cllr Taylor who has been a Fire Authority member since 2009 and previously chaired the Authority’s Policy & Resources Committee from 2011, said: “I’m incredibly proud to take on the role of Chairman of the Fire Authority and very much look forward to working with Officers, Members and our partners to ensure we continue to provide an efficient and effective fire and rescue service for the residents of both Herefordshire and Worcestershire.”

He is the second generation of his family to have been a Fire Authority member, his father having previously served as vice-chairman.

At the Fire Authority meeting on Thursday, Cllr Phillips said he was delighted to propose Cllr Taylor as the new chairman and other members of the Authority congratulated Cllr Taylor on his appointment.

The Fire Authority comprises 25 councillors, of whom 19 are nominated from Worcestershire County Council and six from Herefordshire Council in proportion to the population of the two Counties.

The Authority is responsible for overseeing the work of Hereford & Worcester Fire & Rescue Service which in addition to attending fires, includes responding to other emergencies such as road traffic accidents, water rescues, animal rescues, fire prevention and enforcement of fire safety regulations.