Home » About us » The Fire Service » Fire stations » Pershore 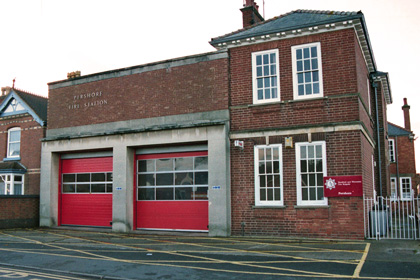 Pershore Fire Station is located near the heart of Pershore, at a site shared with West Midlands Ambulance Service.

Pershore Fire Station is a retained fire station, so it is staffed solely by on-call firefighters, who respond to emergency calls whenever they are needed.

The station has a Scania fire engine, which is a first-line attack engine, carrying a crew up to six firefighters along with firefighting and rescue equipment.

Pershore Fire Station is also home to one of the specialist animal rescue teams within the Service, who have undergone advanced training in animal rescue techniques and carry specialist rescue equipment. In addition to this, the crew are also trained water first responders.