Home » About us » The Fire Service » Fire stations » Ross-on-Wye 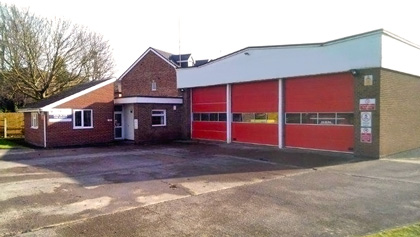 Ross-on-Wye Fire Station lies to the southeast of Herefordshire close to the Gloucestershire and Welsh borders. The station ground covers an area of approximately 50 square miles with around 17,000 people living within the station area. The M50 and A40 run directly through the stations turn out area, along with various towns and villages.

Ross-on-Wye Fire Station is a retained fire station, so it is staffed solely by on-call firefighters, who respond to emergency calls whenever they are needed.

The crew have two fire engines; a MAN fire engine with a compressed air foam system and a Mercedes fire engine. The River Wye, which runs through the station turnout area, is a popular tourist attraction so the crew are trained as water first responders and are able to deal with any water related incidents.