“We have lost an incredible colleague, and friend, who stood up for what he believed in” 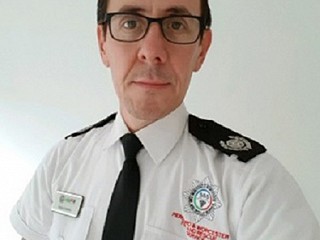 It is with great sadness that Hereford & Worcester Fire and Rescue (HWFRS) has announced the tragic and untimely death of Group Commander Stuart Crebbin.

Stuart (Stu) joined HWFRS in September 2007 having previously served in the Police, and had been bravely fighting cancer since 2020. Only last year, following his cancer diagnosis, he and HWFRS colleagues completed a charity walk across the 10 peaks of the Brecon Beacons in Wales to raise money for the Fire Fighters Charity.

They raised more than £11,000 to help fire service colleagues who have also been affected by cancer, or the effects of PTSD, and are being supported through it by the national charity.

Stu had served at many stations across Worcestershire and was particularly proud to be the Group Commander responsible for South District and Fire Control, and most recently Community Risk.

HWFRS Area Commander, Rob Allen, said: “Stu was a respected and well-loved individual throughout the Service, and this is a tragic loss of an incredible colleague and friend who stood up for what he believed in and genuinely cared about people. I had the pleasure of being his instructor, working closely with him and then alongside him at the end. My thoughts, and those of HWFRS, are with his family and friends who we will stand by during this difficult time.”

Funeral arrangements have not yet been agreed and will be communicated once they are.